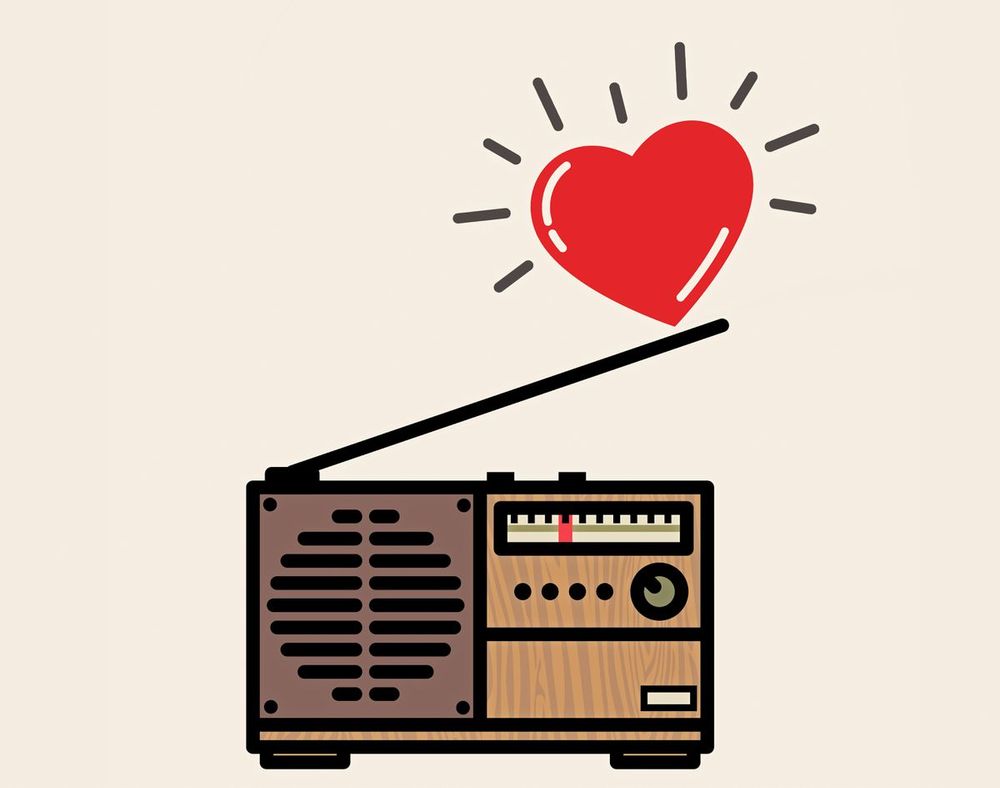 Alex Freedman is the executive director of the Community Radio Fund of Canada.

Retired minister Roger York is a volunteer DJ at CJNU 93.7, a community radio station broadcasting nostalgic hits in Winnipeg. Mr. York’s show, called Ry Crisp, didn’t just get its name from its host’s initials, but also from its parallels to a delicious sandwich – a layered selection of great musical ingredients, all put together in just the right way. Mr. York loves the music, but more than that, it’s his conversations with listeners that matter most to him.

His show on March 11 had a different tone, as the news that day was largely dedicated to COVID-19. Nobody knew what would happen, but the doors to the CJNU radio station would likely have to close for safety reasons in a matter of days. Listeners could hear Mr. York, almost in tears, as he confessed he didn’t know when, or if, he would be serving another slice of Ry.

Station manager Adam Glynn was in the studio that day. When the mic switched off, he and Mr. York started talking. Mr. Glynn asked whether Mr. York had a computer or high-speed internet, critical pieces to running a radio show remotely. The answer, unfortunately, was no. Their biggest fear became dead air – the hole that a silent radio station might leave in their community. CJNU serves an audience that is largely over the age of 50, and most of the broadcasters fit that demographic, too. (Mr. York himself is in his 80s.) Like most community radio stations, everyone is local; most DJs are volunteers and the whole operation is fuelled by passion.

By the end of March 11, Mr. Glynn decided the station was going to stay on the air. The next day, he and the CJNU team tore up their own studios in the heart of downtown Winnipeg, MacGyvering remote broadcasting kits from anything they could find for any DJ who could broadcast from home.

Thanks to this quick decision, CJNU’s programming managed to return to the air after just one day off and hasn’t missed a beat since. Over the past few months, Mr. Glynn has seen a remarkable increase in traffic (web hits, callers, volunteers, etc.) to the station. Its membership is growing, people are listening. And CJNU isn’t alone.

During the COVID-19 pandemic, as many of us were – and in some cases still are – stuck in our homes, Canadians have been rekindling their relationship with radio. Numeris reports that overall radio listenership has increased by 8 per cent since the start of the pandemic, and audience-measurement company StatsRadio found that, based on its weekly measurements, community and campus-radio stations have seen a 16-per-cent increase in listeners over the same period. Broadcasters are using radio to provide a human connection to Canadians, including our most vulnerable citizens, at a time when physical-distancing orders have made it even more crucial.

However, with so many small businesses in Canada struggling to survive, community radio advertising revenue has dropped by nearly 30 per cent and fundraising has ground to a standstill. According to the Community Radio Fund of Canada’s own data, almost 20 per cent of community and campus radio staff have been laid off, and that doesn’t count the volunteers who are the lifeblood of these stations. Those layoffs will have an impact on Canadian communities, as local radio stations broadcast in more than 65 of the languages spoken by our citizens. Many of these stations are broadcasting to parts of Canada not served by any other broadcaster, and providing local Canadian content in markets where almost every twist of the dial leads to American signals.

And yet, local radio stations are working harder than ever to keep Canadians connected during this pandemic. Community and campus stations are often the place where Canadian artists get played first. They also train future broadcasters and provide opportunities for volunteers from every corner of Canada.

Along with commercial and public broadcasters, community broadcasters are the third pillar of the broadcast system, as defined by the Broadcasting Act. So far, governments have been instrumental in working to promote Canadian voices. Projects such as the Local Journalism Initiative are critical. This is a $50-million, multiyear program designed to make sure there are journalists in places considered to be “news deserts.” Places where even the CBC can’t afford to cover the news. That’s where community stations come in.

But campus and community radio are at risk of being left behind. The government commissioned the Broadcasting and Telecommunications Legislative Review Panel in 2018 to give advice on much-needed updates to the Broadcasting Act. More details are expected to be announced before the end of the year, but a report released by the panel in January only mentions community broadcasters once.

In June, the federal government announced it plans to spend $88-million on advertising in Canadian media, both to spread the word about COVID-19 and to support the industry. But so far, only a trickle has made its way to community media outlets. One hopes all this money isn’t just destined for stations that are for-profit, because it is desperately needed at stations such as Winnipeg’s CJNU and many others.

In Ontario’s Prince Edward County, 99.3 County FM is part of the heart of the community. One of its volunteer DJs, Alison Kelly, is also a school board trustee. When the annual Grade 8 graduation ceremony for the county’s Athol-South Marysburgh Public School was cancelled for 2020 (Ms. Kelly notes it’s a big “right of passage” for local children), she and a few other volunteers, including a former school principal, decided to do something about it.

A few weeks ago, the Grade 8 graduation ceremonies of five local schools in Prince Edward County, including Athol-Saint Marysburgh, were broadcast on County FM. While they had to stay physically apart, more than 180 students and their families were still able to listen in, celebrate and share in a special moment together.

Connecting people is what community radio does best, and it’s something we need more than ever during this time of unprecedented separation. It’s why we need to ensure public money continues to flow toward these stations – and why we need them to survive.

Get the latest posts delivered right to your inbox.

No results for your search, please try with something else.